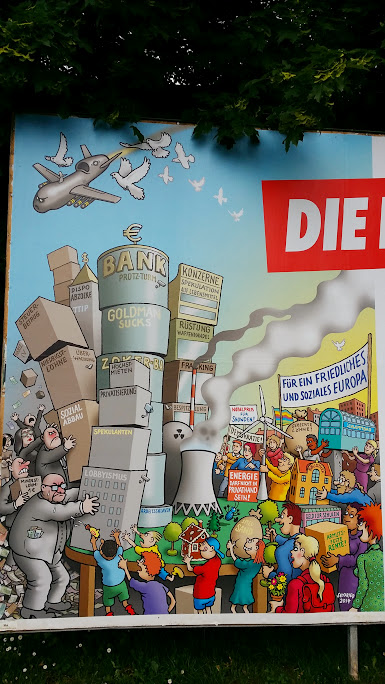 At first glance it is just a cool political billboard. But then I noticed the US Airforce Bomber–on the side of the corrupt government. Further observation led me to the sign that says “Nobelpries fur Snowden” (Nobel Prize for Snowden). As an American stationed by the US Army, this was not a pleasant reality check.  I saw this campaign ad shortly after finding out that Bavaria will no longer issue International Drivers Permits to US Department of Defense personnel or dependents–which means that we cannot drive beyond the borders of Germany.

Living a Wonderful Life Through Creativity

Must Be This Tall To Ride

I'm a single dad documenting his journey. A guy trying to walk a higher path. And messing up. A lot.

Just a dash of everything!

Because Life is Colourful

Simple living through homegrown foods, artisanal skills and a deep connection with nature.